ON THE SPOT DETAILING

Located in Howard County, Maryland, in the heart of the Baltimore-Washington DC market, On The Spot Auto Detailing was positioned for growth but needed the services of a qualified, blue collar business coach to take them there.

Mick Carbo, president of Carbo coaching, met with On The Spot’s owner, Rob Schruefer, in November of 2016. Rob wanted to get Mick’s thoughts about a large contract that was being offered to him, work that would more than double his business. “This is like being invited to come play in the big leagues, and if I screw it up, I’ll never get another shot,” Rob said.

Unsure how to effectively approach the offer, he told Mick, “This is the problem with not having a business partner. I don’t have anyone to talk with about this stuff.”

Mick not only helped Rob land the contract, he helped him streamline his business operations, motivate his workforce, hire a qualified top level executive and grow his annual revenue from 1.1 million to 3.6 million dollars in 2.5 years. He supported Rob hire a Marketing and Ad Consultant that increased conversion rates and sales, decreased total ad spending. Mick also worked with him to bring on another executive and create an effective partnership critical to business growth.

Rob Schruefer, founder and CEO of On The Spot Auto Detailing called Mick Carbo in November 2016. The two business owners had known each other a long time. However, Rob wasn’t exactly sure what it meant that to be a business coach, so he called to find out because he had a pressing issue he needed support with.

Rob said, “this is the problem with not having a business partner. I have nobody to talk to about this kind of stuff”.

Mick agreed to sit down with him. Over lunch, Rob told Mick about a big contract that was being offered him.

Mick and Rob crunched all the numbers together and determined that the deal made sense on paper. Rob was admittedly scared as to whether he could handle a project that size. That was his only hang up about it.

“This is like being invited to come play in the big leagues, and if I screw it up, I’ll never get another shot,” Rob told Mick.

Rob is a guy who started his auto detailing business with a friend out of his own vehicle. They were mobile, visiting clients on location at their home or office to detail their vehicles.

From there, Rob goes on to build the company while working a second job at a restaurant, eventually establishing a detailing company with a fleet of 7 trucks and a shop where people can also bring their vehicle to be serviced. 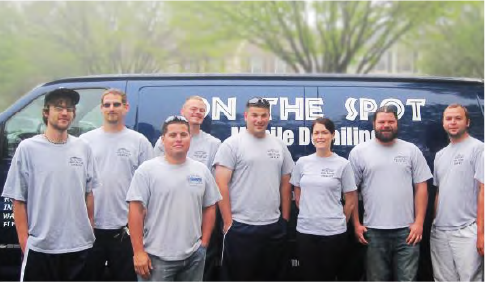 The company had revenues of $1.1M when Mick and Rob started working together. Rob had already bought out his friend’s interest in the business for $1,500 and was now the sole owner of On The Spot Auto Detailing.

According to Mick, this is the case of a bootstrap entrepreneur looking to grow his business. The new contract he was being offered was a completely different model than he was accustomed to. It was a huge auction operation that had its own body shop with auto detailing operations they subbed out through a contract.

This auction operation details 300 cars a day, assembly line style. It’s a $2.5M contract, and when Mick and Rob crunched the numbers, it showed a potential $500K profit to On The Spot.

To satisfy the conditions of the contract, Rob would need to hire and be responsible for around 70 more employees, learn how to get the job done better than the previous contract holder, and manage the relationship with the contractor.

Based on his initial meetings with Mick, Rob enrolled in taking on the contract and hiring Mick to support him in the meantime. Rob ended up winning the contract, but not officially until April 2018.

Mick coached Rob from December 2016 – April 2018, meeting with him at his office for an hour a week and focusing on expansion. Rob wanted another location, so they worked on that together and got it opened and launched.

They also worked on increasing his average ticket price, outsourcing some marketing, and getting many of his responsibilities of the day to day operations off his plate.

Out of that support came a decision to hire a former employee full time to do some marketing consulting and ad management. This worked out well by saving significant money on ad spend and creating high converting ad campaigns.

During the course of that first 16 months Mick held Rob accountable to be and do what it took to win that auction contract too. Mick followed up regularly about it and coached Rob around his feelings and experience of all the circumstances that came up along the way. This approach was effective, spurring Rob into action at times he wasn’t being proactive about moving the conversation forward as well.

By the time the auction was ready to get started with On The Spot, Mick and Rob were ready for action. Mick was now on retainer for 4 hours a week and working with more people in the company. The guy who was hired to manage the marketing was promoted to CXO and has the responsibility of running all the residential business.

When the auction was getting started it obviously needed a lot of attention. Mick would support Rob through all the learning curves and managing all the new relationships. For many weeks, they visited the site together to have conversations with the managers there. Mick was also instrumental in creating a solid working partnership between the Rob and his new CXO.

Mick’s big vision for his work at On The Spot was to bring a focus on the people side of a blue collar business. To support them around creating a strong culture where the employees are engaged and love their work environment.

Mick supported them around all the challenges they’ve faced around shifting from being a $1.1M to a $3.6M company. He provided leadership training, consulting, and coaching to the owner and all the managers. Support for the leadership team included creating a new company Vision, Mission and Values to support the culture they wanted to create. This included the creation of meeting protocols and schedules that worked.

On The Spot Auto Detailing still obviously faces challenges. Shifting a culture is like turning an aircraft carrier 180 degrees. And now that the auction is under control and producing the revenue projected, the residential side of the business needs to be shored up after Rob took his full attention off of it to focus on the new contract.

At this time, the company now has a possible big acquisition on the table which would add a handful of new dealership contracts to the mix.

Mick basically acted as a hired business partner for Rob and supported him, helping him to face whatever challenges came up every week, and becoming a leadership/relationship coach and consultant for Rob and his entire staff.

On the Spot Detailing

“A few years ago, as my business began to grow, I wanted to make sure that I was able to keep up with demands of running a multimillion dollar business. I knew that I needed improvement in my organization, planning, and company structure. I had heard things about coaching and decided to give it a try.

I contacted Mick to come by and sit down with me to discuss my goals and plans for the future of my company. He had some great ideas and we started doing weekly, hour long, coaching sessions. During this time, I was able to create a road map for the future of the company, and to get in front of any potential problems. Knowing that someone was going to be sitting across from me every week and holding me accountable for things that I said I was going to do during the week was the motivation I needed to keep moving forward.

During our sessions was also began planning for a major expansion that was presented to me as a possibility. It took almost 2 years to come to fruition, but when it did, I was ready for because of the steps and preparation we had been doing. Acquiring this contract required to me be off site significantly more than I had ever been and thrust all my management into more important roles. It was during this time we decided to move to a whole day of coaching once a week with my managers and staff that were having trouble keeping up with the changes.

Mick works with each person individually and as a group to set goals and ensure they are met. Mick is an important part of our team here at On The Spot, and we look forward to continuing to work with Carbo Coaching in the future.” 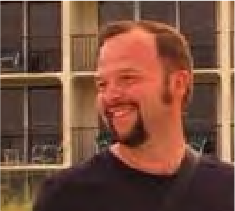 “To Every Business Owner, Entrepreneur, and Team Manager: It’s the culture, not the company. The context, not the content. It’s the person, not the people. While these simple statements may seem like trivial play on words, the weight those what seem like small changes carry can be the difference between continued success and inevitable failure for any company.

These statements, and more importantly, the understanding behind what it takes to see the difference, are just a few of the reasons Carbo Coaching has a long standing seat at our company meetings.

Meetings which less than a year ago took place in an office shared by 4 people learning to grow a company of 21 employees and now take place in a conference room of our flagship location and headquarters. Meetings where management plan the future and improve the present of a multi-million dollar corporation that now consists of over 120 teammates.

I have always believed that you cannot read the label from inside the bottle. Yet as business owners and managers, that is what we do on a daily basis with our companies, our clients, and our employees.

Having a third party representative like Carbo Coaching allows us to see things from a perspective that isn’t our own. Being able to hear what your clients and staff are actually saying without the filtered lenses of analytics, reports, and sales figures, is priceless information to the growth of any business.

Mick and Carbo Coaching is an integral part of On The Spot and we could not be happier with our decision to bring them on as part of the team.”